During our Job Readiness Training, instructor Rance Austin, likes to talk about how we sometimes find ourselves on a path that isn’t meant for us. That path might be a job taken out of desperation that just isn’t the right place or a lifestyle that is destroying a lifetime of progress – whatever the path – it just isn’t the right one.

That is where Cletus Mahan found himself. 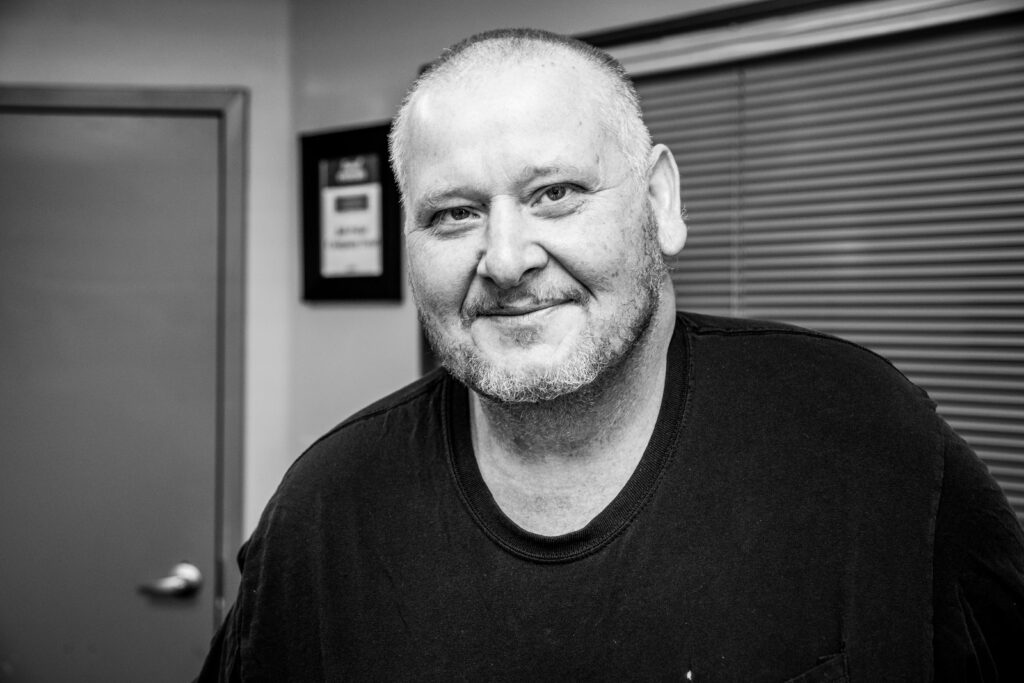 After a period of stability, something went wrong. Cletus had found himself without a job, without a home, and without a clear path forward. He was letting life happen to him and things weren’t going well.

“I was homeless for a while,” he said, reflecting back on his journey. “Then I moved to Columbia to find help.”

After working through rehab and getting into low-income housing, Cletus connected with Job Point.

“I’ve been on quite a journey now. I’m trying to get my head above water and learning what I have to do to live,” Cletus said.

He came to Job Point to get help with finding a stable job, but he found so much more. “Me and Bryon are almost like brothers. I still keep in touch with him, even when I have a job.”

At Job Point, Cletus worked with his advisor Bryon White to fill out online applications. They evaluated what kindsof jobs he might enjoy and explored several career paths, before they finally found a job with University of Missouri Campus Dining.

“I needed a job to keep a roof over my head so I didn’t end up back out on the streets where I was before,” he said. “They helped me to succeed and get that job.”

Cletus now has a place to live and was even able to purchase a vehicle. He says his supervisor is pretty amazing and that he feels like he is finally able to get back on his feet.

“My journey has been rocky. I have learned that you can find trouble wherever you go,” Cletus said.

Cletus made a choice. He recognized that his life was heading down a path that was leading to nothing but hardship and misery and chose to change his trajectory. His course correction brought him through our doors and his hard work has finally helped him get back on the right path.

“But I’m in a better place staying away from all the trouble. I like where I am and all the things that I have now. I’m not going back down that road again,” Cletus said.