High School had left Christopher feeling unmotivated, excluded and labeled. He hated school. After routinely skipping class and not doing his homework, he dropped out.

But after spending the summer doing nothing and going nowhere, Christopher found his way to Job Point through some friends who had also participated in the program.

“I took the whole summer off doing nothing, but I didn’t like the feeling of not going anywhere in life. This motived me to start looking for a way to get my high school diploma,” Christopher said.

When Christopher walked in the first day, he wouldn’t maintain eye contact with a single person in the building. He stared at the floor, his feet, his hands… anything but a face. He didn’t really know if Job Point was where he was supposed to be and questioned why he had even signed up in the first place. He wouldn’t talk to anyone.

“My biggest challenge was myself,” Christopher said. 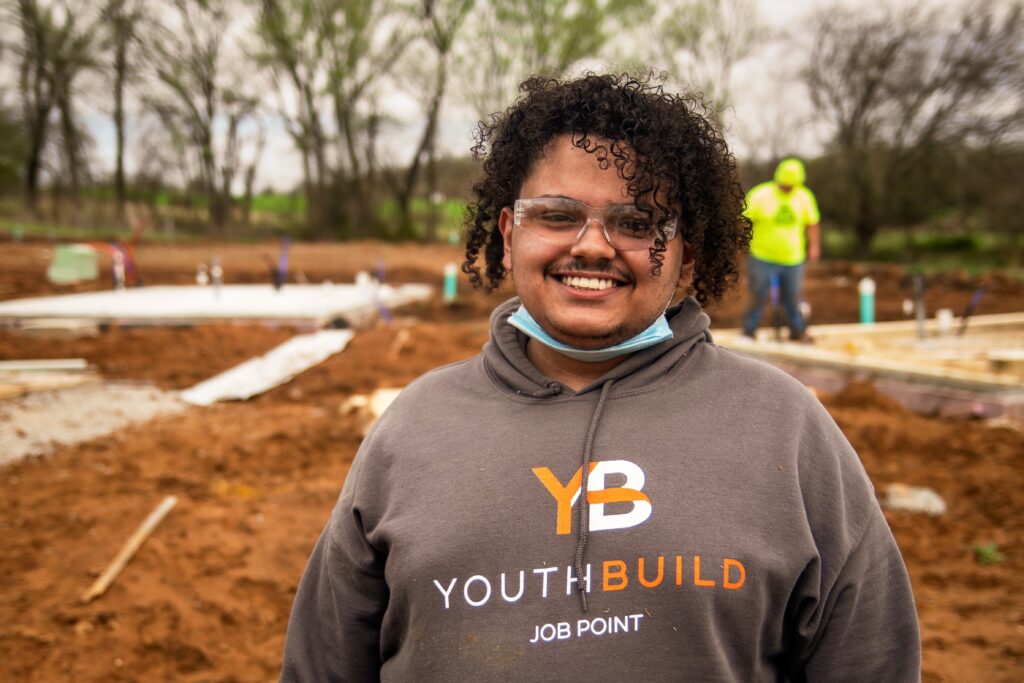 Christopher doubted himself and what he could do and he was afraid of  change. He thought he hated learning and wasn’t sure if he was going to do well at Job Point.

But every day, he continued to show up. He decided to take a chance and bet on himself. And it paid off!

“I was surprised by how fast I can learn things and how fun the learning process can be,” Christopher said. “Especially math! I never imagined that I would pass with such a high score.”

When he walked in to take the first test, he was nervous. He wasn’t sure if he would be able to pass it, but as he worked his way through the test material, he realized that he knew the answers. He passed his first test with ease. Then he passed a few more.

Not only did Christopher learn the skills he needed to pass his HiSET tests and get his driver’s license, he learned a lot about himself.

“I no longer hate school or learning. Now I realize the importance, so I am choosing to re-dedicate my life to learning in order to reach my personal goals. Getting my HiSET has proved that I am smart enough to take on the world,” Christopher said.

Christopher continues to learn new skills and expand his knowledge with Job Point. He is also currently exploring the career path of marketing and sports writing.

“I am still looking for purpose in this world, yet I am now open to exploring who I am and what I can become. This has and will open a lot of doors for me. I no longer carry the label of high school dropout,” Christopher said.